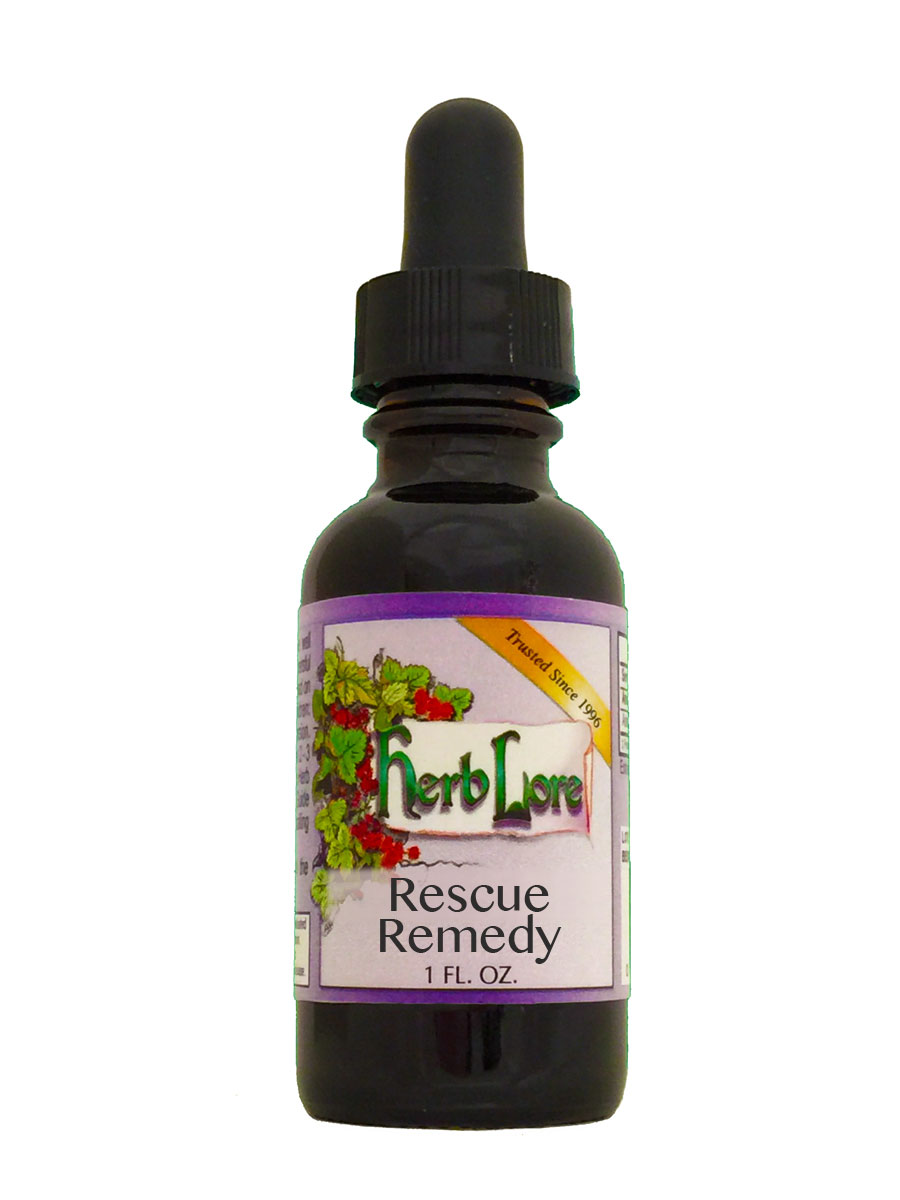 Rescue Remedy is a flower essence blend that is extremely helpful to ease any stressful situation. Flower Essences work on the emotional body like herbs work on the physical body. It has a calming and centering effect and is useful for any upset, stress, nervousness, or trauma (either physical or emotional), including panic attacks, accidents or injuries.

It is safe for use by all - newborns, adults (including pregnant and nursing women), pets and plants too! One client used this extensively in her early nursing days and reported "I would put a few drops on my nipple, which helped me with the pain, and gave my daughter a reference point to find the nipple. She would then get the Rescue Remedy in her mouth, which would calm her down enough to really latch on and we would have a successful nurse! It's great stuff!"

Clematis, Cherry Plum, Impatiens, Rock Rose, Star of Bethlehem Flower Essences, in a base of distilled water and a small amount of organic grape alcohol as a preservative.

Take 4 drops 4 times a day or as needed. The drops can also be dabbed onto pulse points, or spritzed into the air. For newborns, use 1-2 drops as needed. For plants and animals, place 4-10 drops in the water dish or can, depending on how large the container.  You can't use too much as it's a vibrational essence.

I came to Herb Lore regarding some concerns I had about my pregnancy. I was told about some specific products that Herb Lore offered that would be helpful to me. I wanted to thank you for all your help and support. You have proven to be an invaluable resource! I used Rescue Remedy in the last few weeks before my delivery and it helped me to relax. I was experiencing great anxiety, and after taking the Rescue Remedy, I not only felt positive changes in me but others were able to notice the difference in my health as well. T.S.