One of the most popular and effective herbs for increasing breastmilk production. All vegetarian capsules.

How to Increase Your Breastmilk Supply - The Summarized Version

What are the main herbs for increasing milk production?  There are many to choose from, such as Nursing Tea Moringa Blend, Nursing Tincture Moringa Blend, Goat's Rue, Moringa Leaf, Shatavari, Blessed Thistle, and Fenugreek. How do I choose which is the right one for my situation?  How do I use them correctly for best results?

Fenugreek is one of the most effective herbs for increasing breastmilk production. Even moms of adopted babies have been able to establish a milk supply using Fenugreek. 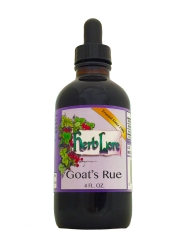 A powerful herb for increasing breastmilk production. Great choice for women with IGT, hypoplasia, previous breast surgeries, or a low milk supply from the start. 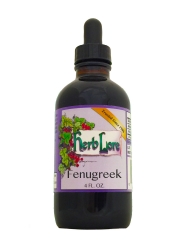 One of the most popular and effective herbs for increasing breastmilk production.

The first time I had mastitis (breast infection), I thought I just had the flu. I had a newborn and I was totally incapacitated and could not take care of him. Then a week later over lunch, I was discussing my "flu" with a girlfriend who said it sounded like mastitis, and that she had had it when she was nursing. I got mastitis again and called my OB/GYN. She prescribed antibiotics over the phone without even seeing me. The third time I got mastitis, I insisted the doctor see me. She gave me antibiotics again. But at least this time she told me about nursing consultants that I could visit. Then I paid a visit to a lactation consultant, who, although much more comforting than the doctor, and who was able to arm me with a lot of information, still had no "cure" for me other than hot compresses. However, she did give me a referral to Herb Lore. After my 5th bout of mastitis, I finally called Herb Lore, who got Poke Root to me in one day. I drank two drops of Poke Root diluted in a glass of water, and the mastitis went away. I've never had mastitis again. I also gave it to several of my mommy friends and it helped them too. I was at my wits end and Herb Lore saved me! Pam talks to you as long as necessary and she is very comforting. She helped me achieve a balance with my milk production so that I wouldn't risk getting mastitis again. It was a great success! Thank you so much!  C.H.